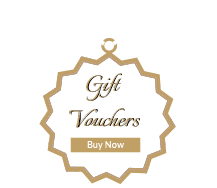 Loop Head is a slender finger of land pointing out to sea from the most westerly point of County Clare, on Ireland’s Atlantic coast. Cinched between the ocean on one side and the Shannon Estuary on the other, this tiny peninsula would be an island but for a meagre mile of land connecting it to the rest of Clare. The Loop Head Atlantic coast is noted for its sheer cliffs, most over 30 metres in height, caves and sea stacks that extend south-west toward the point from Kilkee, interrupted only by the lower cliffs and boulder shoreline and bay at Ross and Fodra Bay a little farther south. But despite its isolation, its people are far from insular, having spent hundreds of years welcoming strangers by water. In 2010, Loop Head became a European Destination of Excellence in aquatic tourism. It’s also right in the middle of the Wild Atlantic Way, 2,500 kilometres of the finest coastal scenery in Ireland.

Loop Head epitomises what the Wild Atlantic Way is about: panoramic cliff views, abundant local seafood, your choice of aquatic activities, and plenty of quiet beauty spots where you can pause and wonder at this unforgettable part of the world and only just over 1 hour drive from Temple Gate Hotel.

Go to the Loop Head website to read more